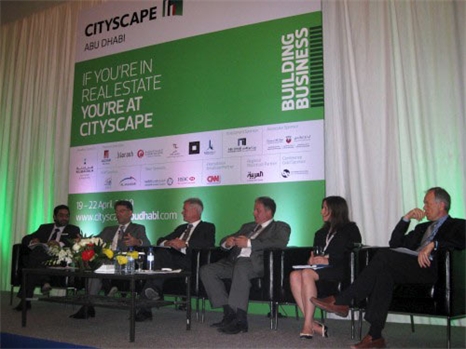 Sustainability must remain high on the agenda for developers during the global downturn, or they could find themselves lagging behind once markets begin to improve, according to Doug Kelbaugh, our Executive Director Design and Planning.

Doug addressed around 30 delegates attending a panel discussion on the effect of the credit crunch on sustainable development. He warned that developers who stay eco-conscious now are more likely to emerge stronger than those who don’t, because the new, post-oil-peak economy will expect – and may legally require – more energy efficiency and greater use of renewable energy sources.

“Every day we learn more about the dangers of ignoring the effects of climate change. Global warming is a long term threat to us all, a multi-generational problem that needs intense public education, regulation and incentives to guide us towards greener living. Developers can play their part with innovative, sustainable projects that incorporate alternative energy, recycling initiatives and environmentally-friendly transport,” he said.

Kelbaugh also called for public awareness programmes and real time feedback to ensuring that the people who live and work in ‘green’ developments understand their personal role in the fight against global warming. “If it can’t be measured, it may be ignored,” he said.

“A building designed to meet world environmental standards will be far less effective if the businesses or residents who occupy it leave windows open, fail to switch off lights or waste water,” he said. “Often, the simplest measures can make a huge collective difference, if everyone develops the right habits.”