Limitless kicked-off Cityscape Dubai 2008 with 3,000 visitors to its stand, where 11 global projects and the company’s newly-unveiled ‘human thread’ manifesto are on display. 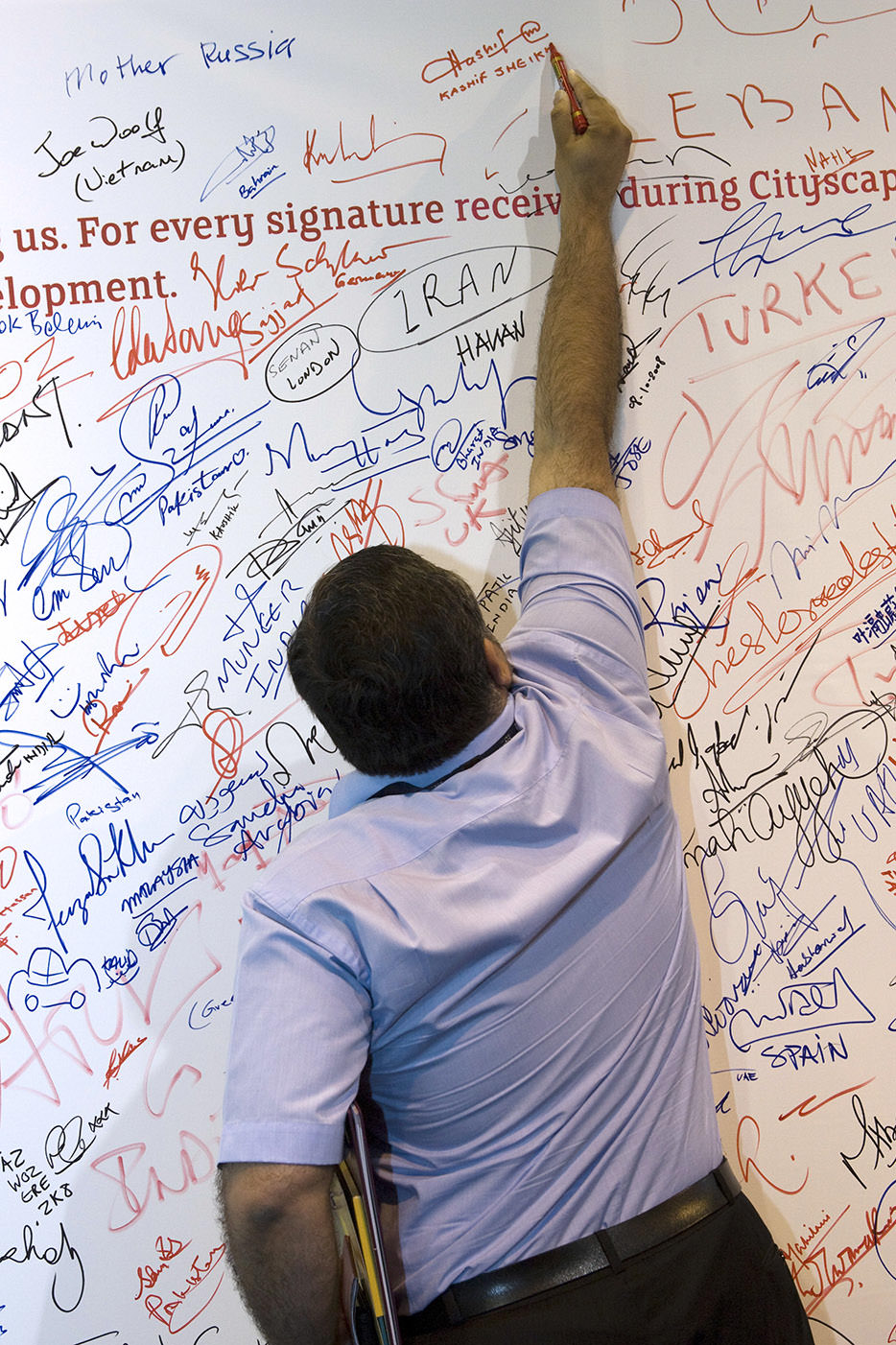 Limitless kicked-off Cityscape Dubai 2008 with 3,000 visitors to its stand, where 11 global projects and the company’s newly-unveiled ‘human thread’ manifesto are on display.

And over 1,000 guests, including Sheikh Hamdan bin Mohammed bin Rashid Al Maktoum, Crown Prince of Dubai, supported the Limitless philosophy of moving people, not just cars, by adding their name to a giant signature wall. As a reflection of its commitment to designing projects on a human scale, Limitless will contribute funds towards research into sustainable development for each signature received during Cityscape.

3,000,000 people will live and work in the 11 Limitless developments on show
20,000  hectares are covered by the company’s global projects
5,000  electronic brochures have been produced for visitors to take away
540  square metres is the size of the Limitless stand
250  kilograms of paper are saved by producing e-brochures
84 square metres is the size of the model of the Arabian Canal project
10 Limitless-sponsored shuttle buses are taking showgoers to and from the event
8 seats are in the Limitless people carrier, on show at stand ZJ20
5 three-dimensional ‘stereoscopic’ pods are available for a taste of life in Limitless developments
1 vision for Limitless: to enhance and enrich people’s lives by delivering distinctive, sustainable developments, globally