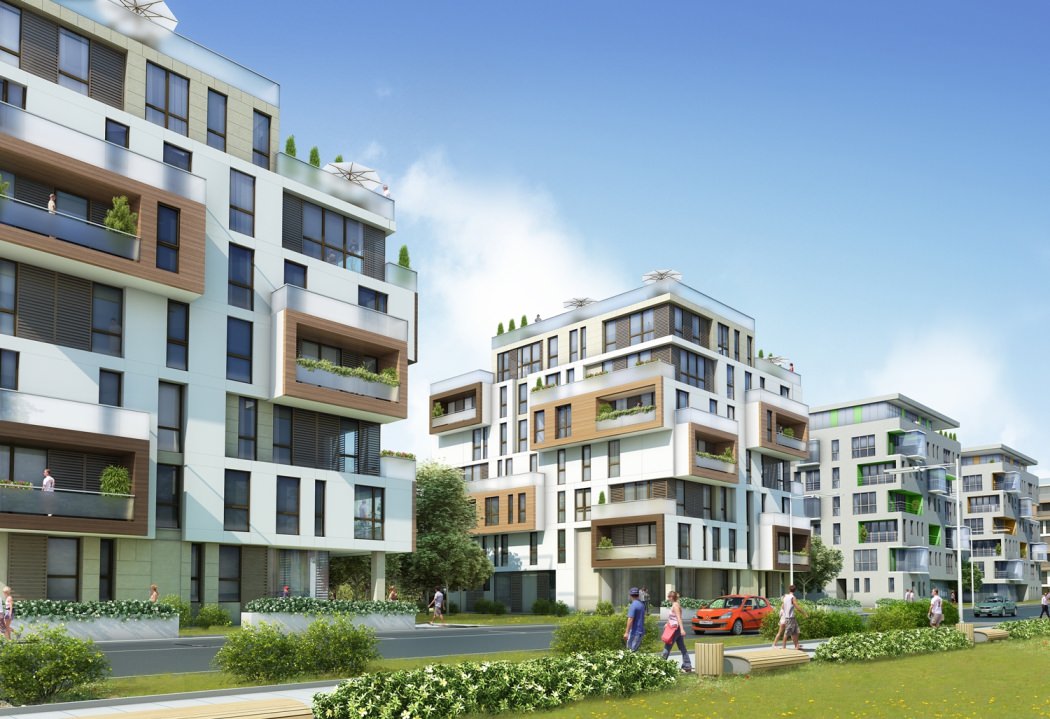 Limitless and RDI have awarded an AED37 million contract to build two apartment buildings at Zagorodny Kvartal, the mixed-use community project north-west of Moscow.
The joint venture partners have appointed Moscow-based FODD as general contractor for two apartment buildings, containing 78 residential units and scheduled for completion in Q1 2013.  Construction also continues on another two apartment blocks under a separate, previously-awarded contract with Palmira Group.
The announcement follows news earlier this month that Dubai-based Limitless and Moscow-based RDI had secured an AED120 million financing agreement with Expobank for the ongoing construction of Zagorodny Kvartal phase one, which broke ground in late 2011 and, when complete, will comprise 700 apartments and 46 townhomes.
Located 24km north-west of Moscow, Zagorodny Kvartal, meaning Country Quarter, is being constructed alongside the Moscow Canal. It is designed to bring the great outdoors into the everyday lives of residents and visitors, providing quality urban-style accommodation in a countryside setting.  The project will span 111 hectares and accommodate 14,000 people when it is fully completed.
Zagorodny Kvartal will be at the heart of the one of the most rapidly-developing districts in the Moscow region.  It is 4km from Sheremetyevo International Airport, 8km from the Moscow Ring Road and 10km from Kimki Business Park. Highway upgrades planned for 2012/2013 will provide quick, congestion-free routes to and from Russian capital, and a new high-speed toll road will mean easy connections to St Petersburg.
Residential units for sale in Zagorodny Kvartal phase one include studios, one, two and three-bedroom apartments and two, three and four bedroom townhouses.  For more information, visit www.zagorodny-kvartal.ru
ends
Media enquiries: Rebecca Rees on +9714 375 9702 (rebecca.rees@limitless.com)

Notes to editors
Zagorodny Kvartal is a joint venture between Limitless and RDI.
Limitless:  Dubai-based Limitless was established in 2005 with the objective of enhancing lives through the delivery of distinctive, sustainable developments. Limitless specialises in master planning of large residential areas and project management, and has projects in the UAE, Saudia Arabia, Vietnam and Russia.
RDI Group:The RDI Group is a leading company operating in real estate in the Moscow Region. Founded in 2005, RDI Group’s main activities are  suburban real estate developments, high-rise buildings, industrial developments, construction management and management and development of land assets.